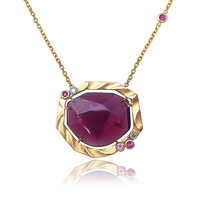 Another birthstone for October is Tourmaline. This is one of my favorite stones in my collection. Tourmaline comes in a wide variety of colors. The reasons for the colors are many, but iron helps to create greens and blues while manganese produces reds and pinks. Radiation, natural or otherwise, often creates pinks and yellows. Rubellite is pink or various shades of red tourmaline. Chrome tourmaline is an intense green that is colored by vanadium. Paraiba (from Brazil) and Indicolite are various shades of blue tourmaline. There is also watermelon tourmaline that is pink in the center and green around the edge. 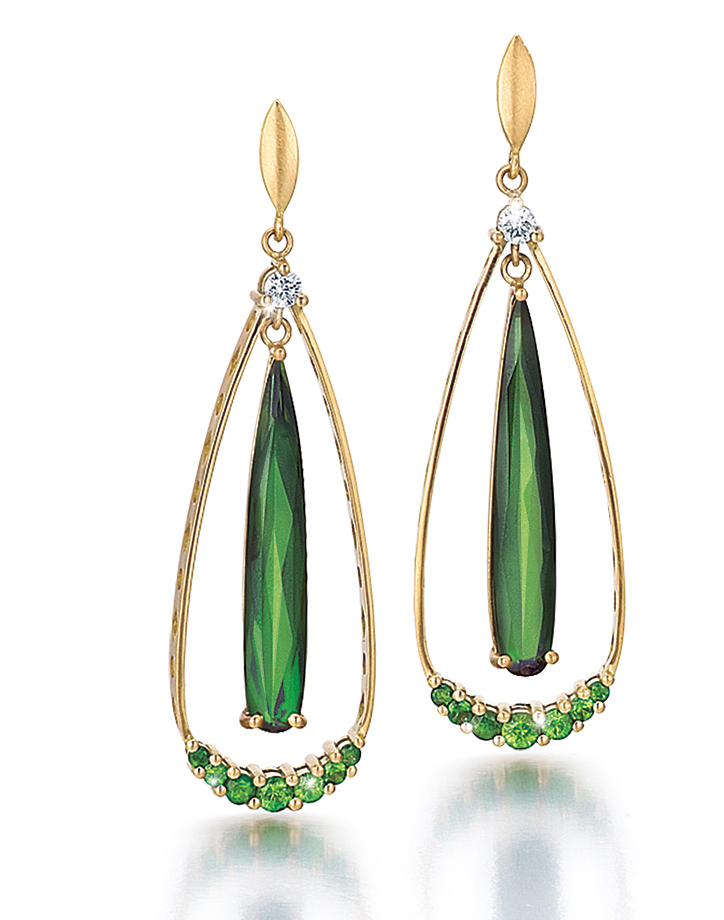 Tourmaline typically come from eastern Russia, Thailand, Pakistan, Afghanistan, parts of Africa, the western United States and Maine. The Paraiba Province in Brazil is known for its vivid blue to green tourmaline that are colored by copper. Tourmaline is neither hard nor soft, falling in the range of 7-7.5 on the hardness scale. An interesting fact about tourmaline is that it becomes electrically charged when heated or squeezed. It also emits negative ions and infrared rays which have positive health benefits (see below). Black tourmaline are said to be very lucky and to promote positive energy. One of the most famous tourmalines is Caesar’s Ruby, which is actually a 52ct red tourmaline given by King Gustavus III of Sweden to Catherine the Great.

Because of its wide variety of colors,tourmaline is often mistaken for other gemstones. In the late 1500s a Spanish conquistador found a green tourmaline that he mistakenly believed to be an emerald. It wasn’t until the 1800s that tourmaline was determined to be a separate mineral. 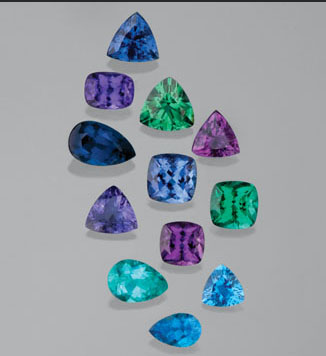 Green tourmaline became very popular in the United States when it was discovered in Maine and sold to Tiffany in 1876. In the 1890s it was discovered that Native Americans had been giving certain colors of tourmaline as funeral gifts for centuries. At that time China was the most important market for tourmaline. When the Chinese government collapsed in 1912 so did the price of tourmaline. It wasn’t until the 1980s and 90s before interest in tourmaline resurfaced when spectacular specimens were found in Brazil.

According to the Global Healing Center, tourmaline not only has the ability to generate an electric charge, but also to emit negative ions, which affect mood, and far infrared rays that are able to penetrate the skin and reach the inner-most regions of the body. In fact, negative ion generators have been shown to improve mood disorders just as well as antidepressants. Tourmaline is also used when the body is in need of detoxification and to relieve stress, increase alertness, stimulate circulation and improve the immune system. Some people say that it even improves strength and sexual performance. So maybe there is a good reason to keep tourmaline jewelry close to you at all times!

Information for this article was drawn from the following sources: